Designed by Azza Alameddine, the Adelle Sans Arabic was designed initially as a companion for the Type Together’s Adelle Sans, designed by José Scaglione and Veronika Burian. However, though intended as a “visual translation” of the its Latin counterpart, the Arabic font works very well on its own as an original and highly legible low-contrast (sans serif). Its forms are true to the visual grammar of the Arabic script, and this reflects the skill and experience of its designer. We can clearly feel Azza’s mastery of the Arabic letterforms and her knowledge of the rich calligraphic history behind them. 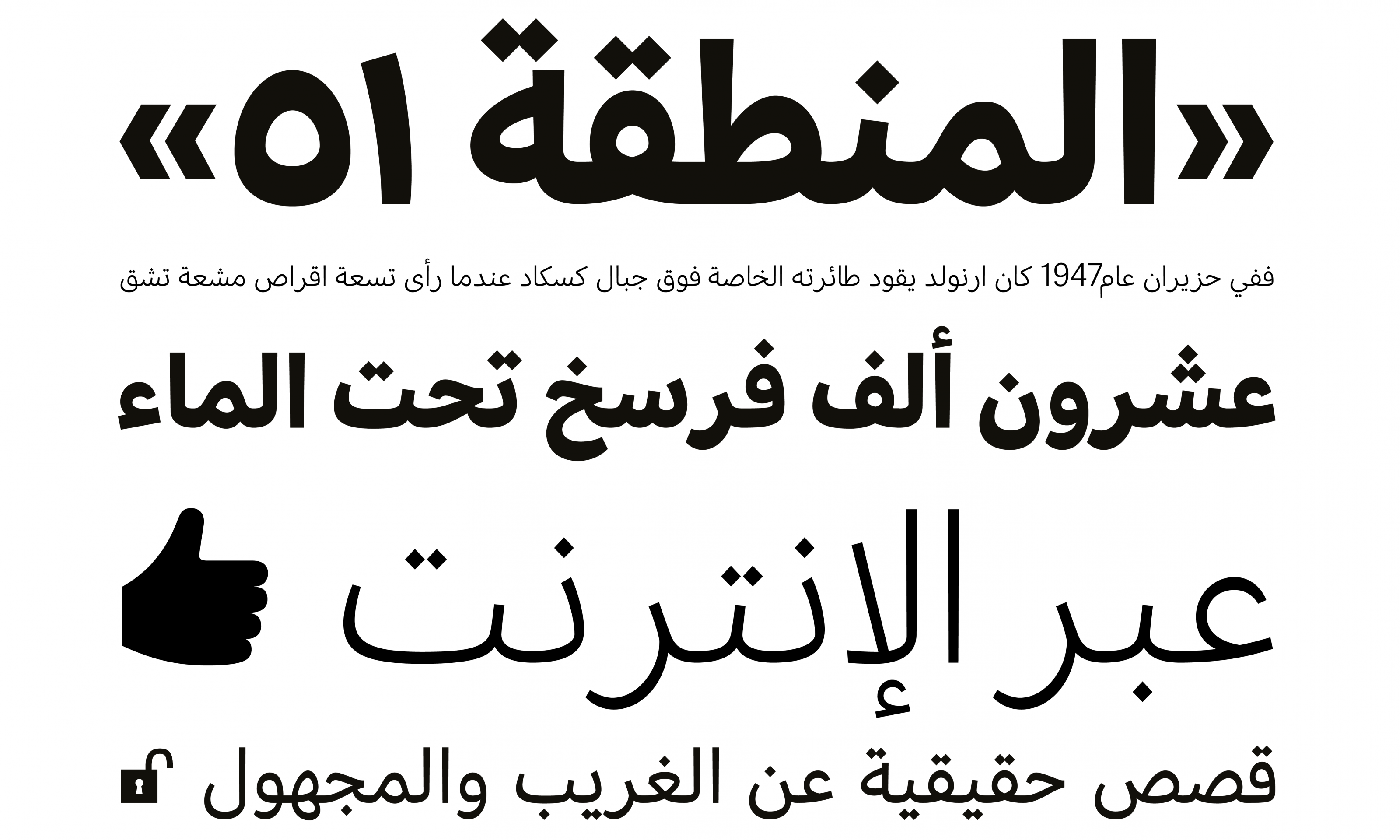 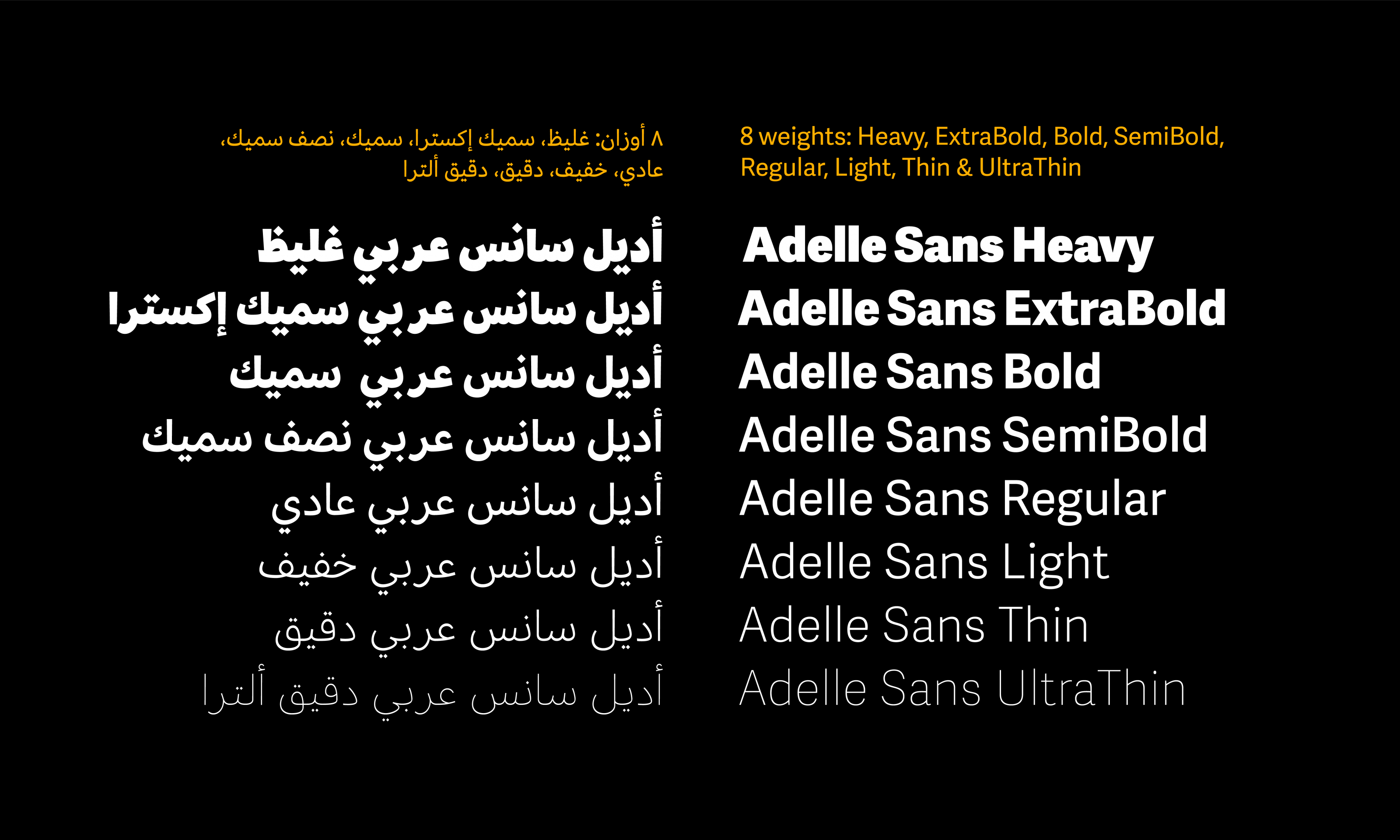 A functional-looking design that can be used for setting long texts in editorial projects, the family also has thin and black weights for use in display typography. 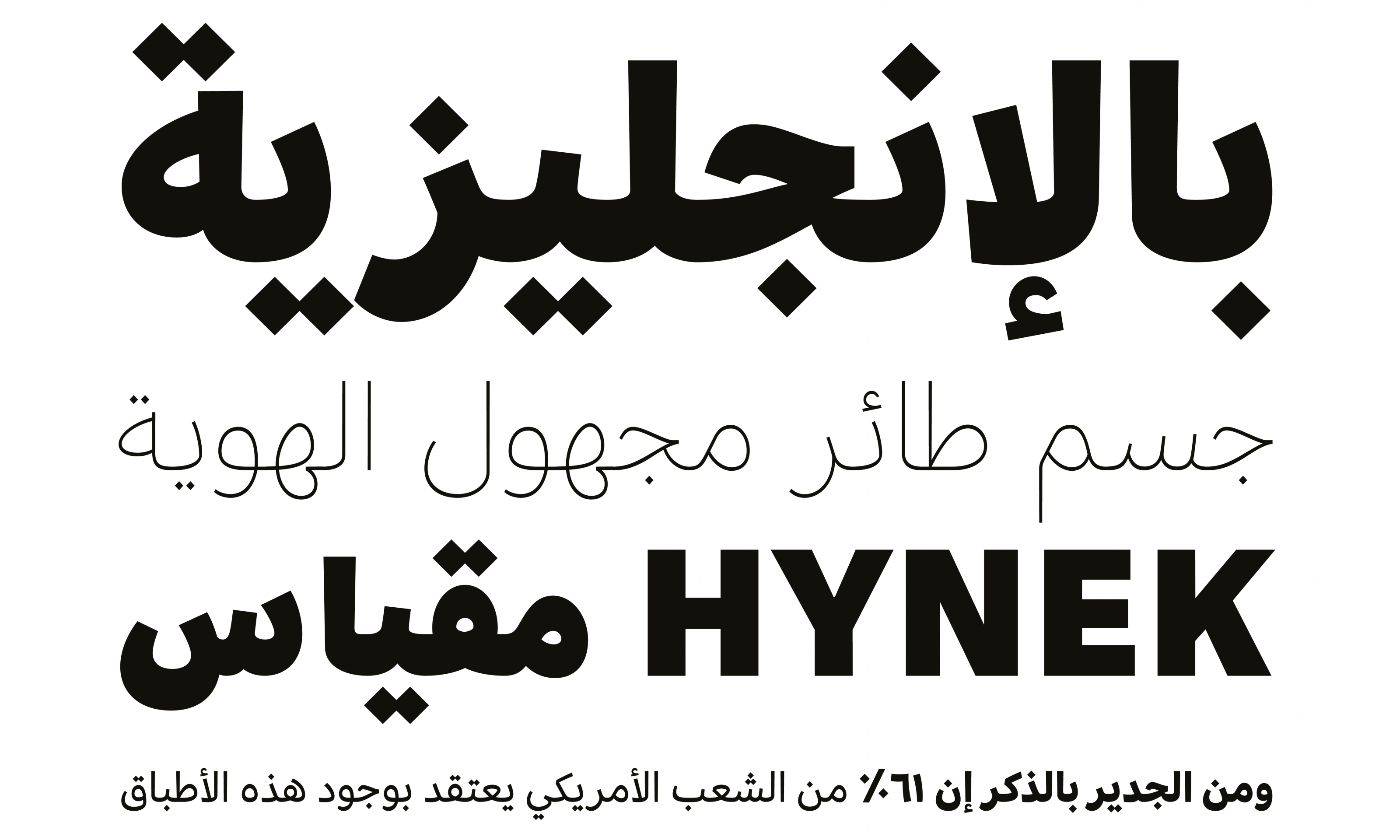 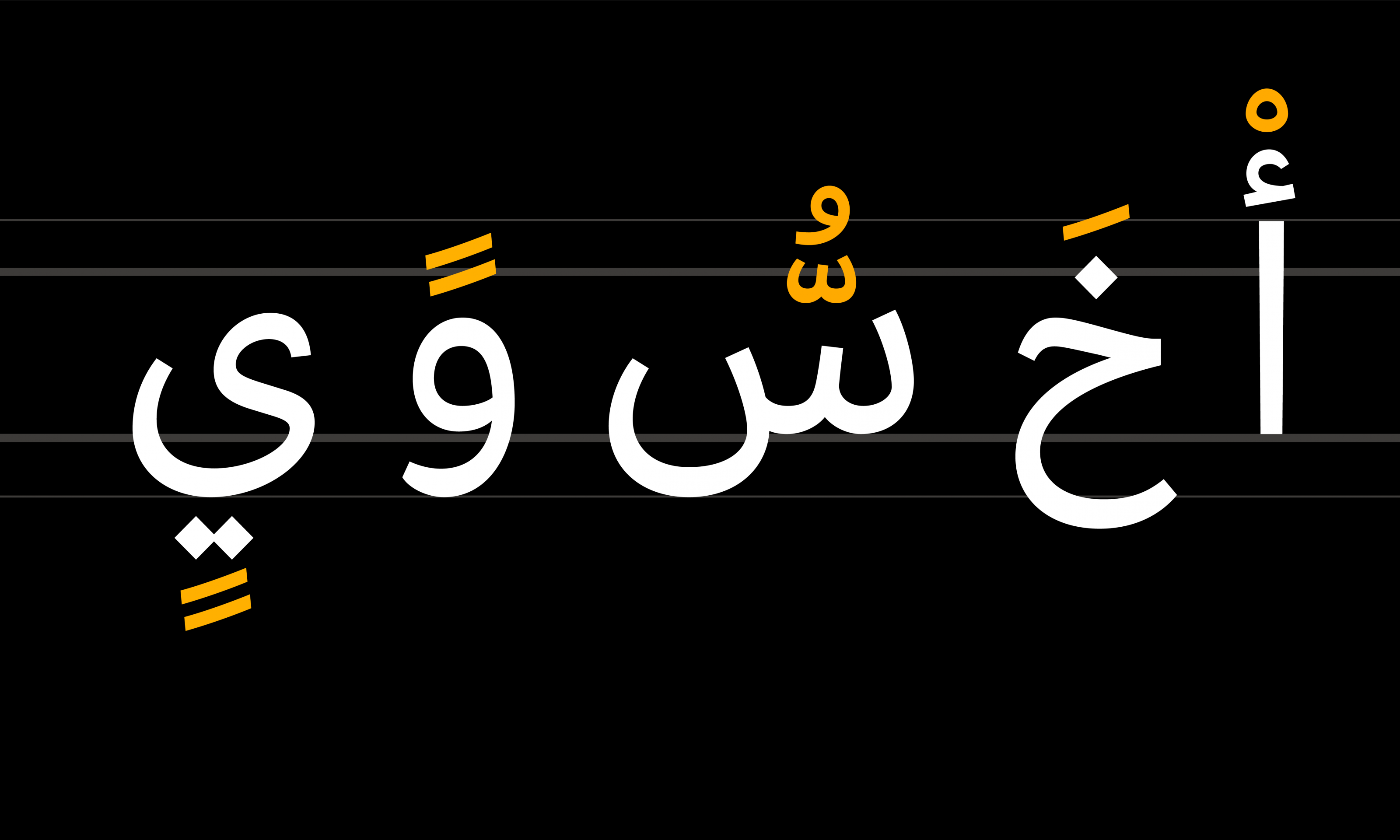 The typeface’s letterforms are true to the visual grammar of Arabic, reflecting its designer’s skill and experience with the script. 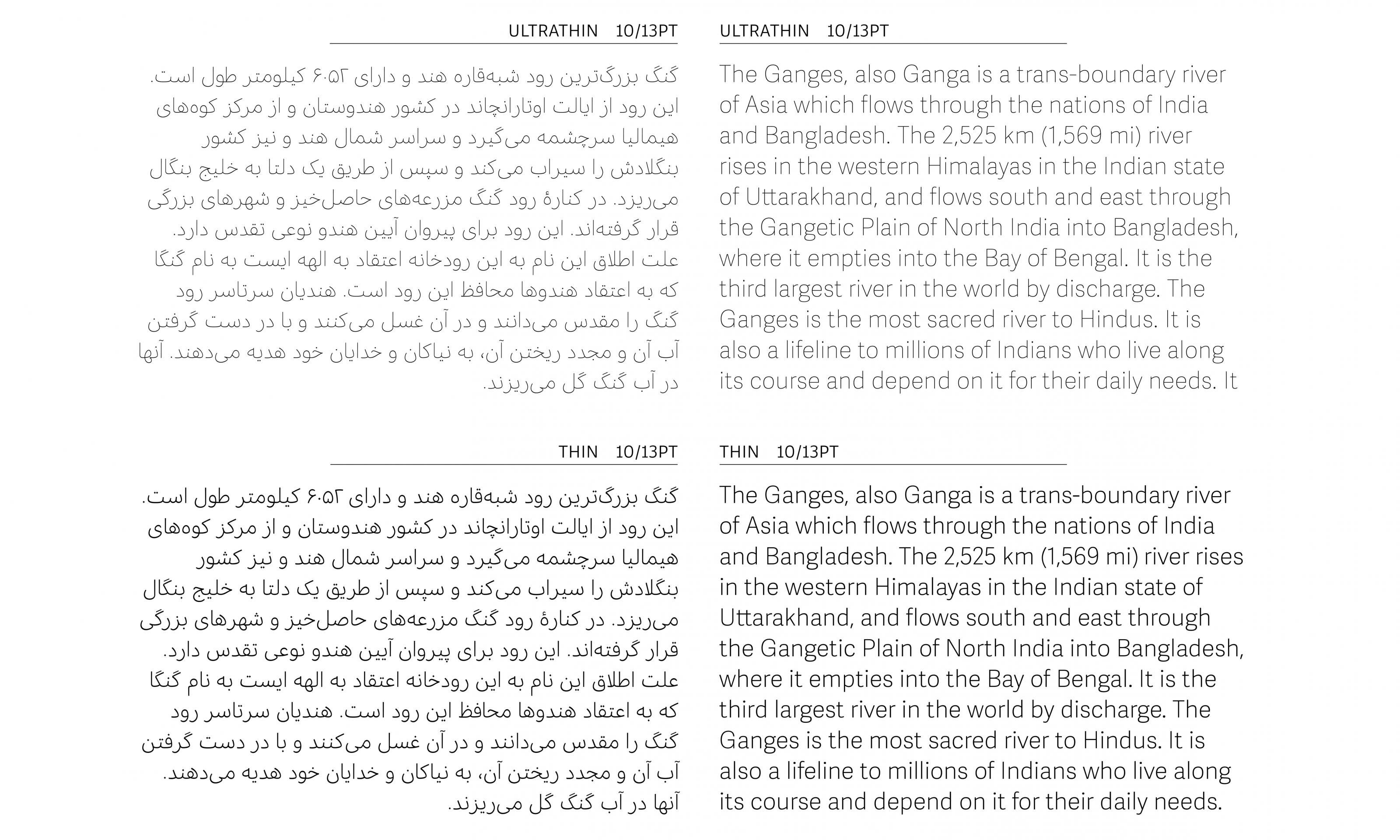 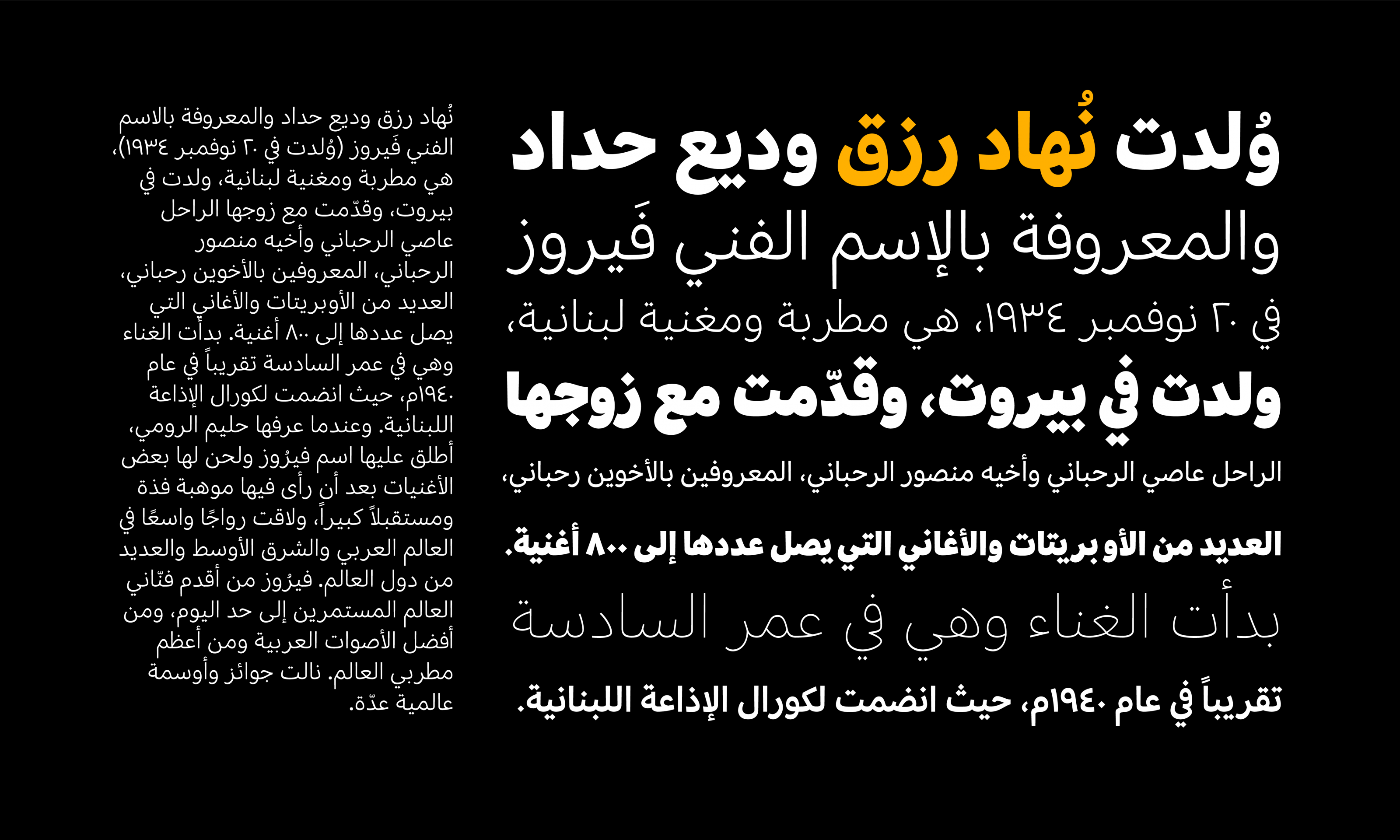 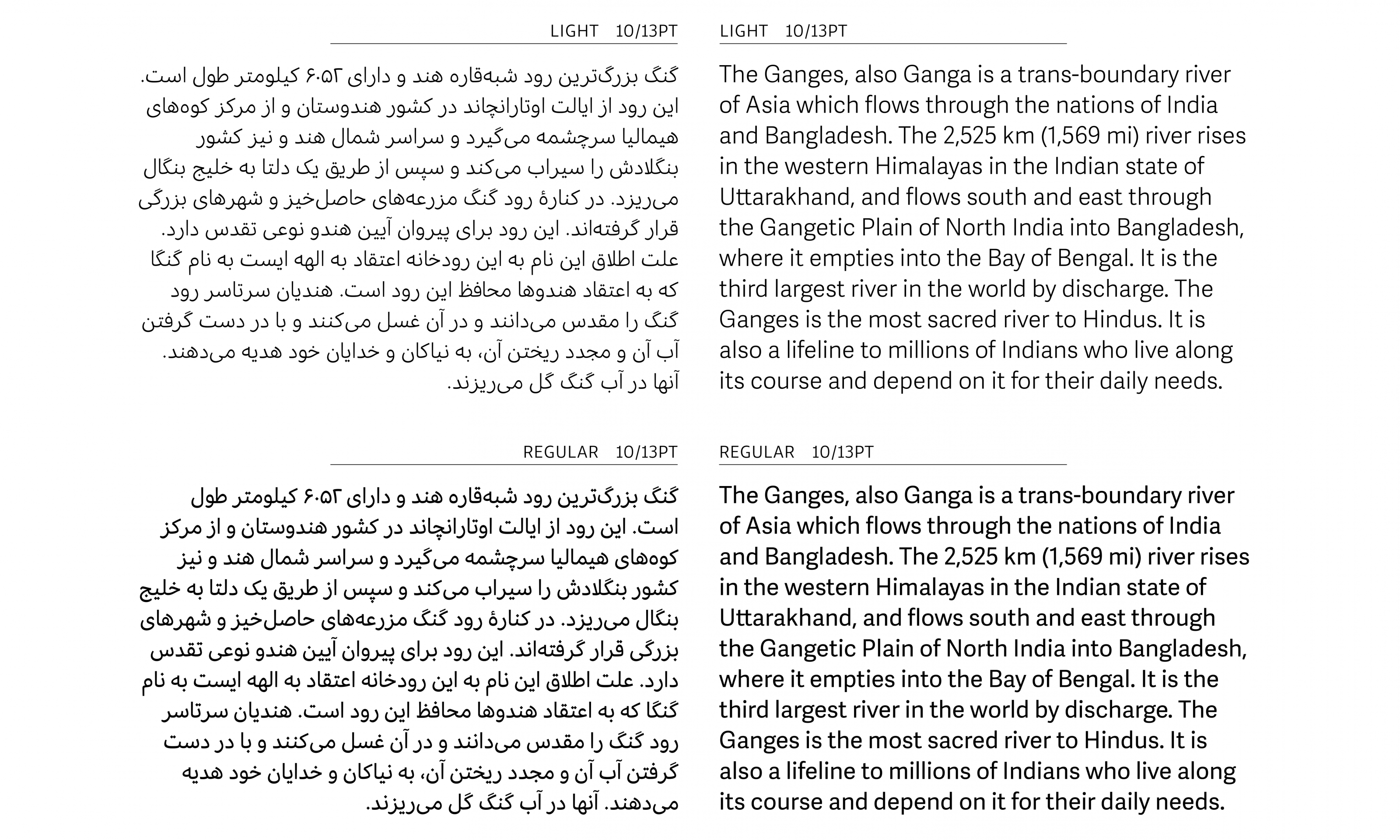 This family is recommended for editorial design, signage, and applications where simplicity and legibility are important to the design.

Adelle Sans Arabic is characterised by an informal Naskh-styled Arabic letterforms. It is characterised by fluid and energetic strokes, open counters, and vertically compact proportions. Its rounded curves and subtle stroke modulation give the overall font a “friendly” look. It is a functional-looking design that can be used for long texts in editorial designs as well as a display typeface in its black and thin weights. It is understated and unobtrusive traits make it very useful for graphic designers to work with; it doesn’t impose a strong visual statement or “flavor” and can therefore accommodate a variety of visual styles and design applications. It is recommended for editorial design, signage, and applications where simplicity and legibility are important to the design.

Adelle Sans Arabic represents a refreshing new trend in Arabic typeface design that has been making a positive impact on graphic design and visual communication in the (Arab) world.